Ten years ago on December 26th a dramatic disaster was unfolding in the Indian Ocean. An earthquake in Indonesia created an underwater wave which devastated beaches locally (as dramatically retold in the movie The Impossible) and impacted sea coasts as far away as Somalia to the tip of Africa.

That the wave could travel at 500 mph through the ocean, rise to a height of 100 feet and travel as far as a mile inland were all nearly impossible to comprehend much less defend against. Along Auroville’s beaches on a sunny Sunday morning there was no warning of the impending threat other than a strange receeding of the water before a wave came in, which kept on coming and coming, sweeping over and through homes, offices, bunds, engulfing everything including people and animals, anything in its path.

In Tamil Nadu, nearly 8000 were killed, a small fraction of the estimated 230,000 worldwide. But the impact was multiplied by a false alarm issued by the Government of India three days later based on hypothetical predictions from a US-based earthquake warning group. Thousands of locals fled up the Auroville plateau and the community responded by setting up tents and serving food and providing blankets (it was relatively cool and then rained so exposure was a concern).

There was no concern for the expense; there was a profound crisis and the entire Auroville community stepped forward with full competance and generosity and loving concern. In fact, Auroville ended up coordinating and networking the relief efforts of dozens of NGOs up and down the coast of Tamil Nadu.

Spontaneously friends of Auroville from around the world made donations in the days and weeks following the disaster. Then came the friends of friends who trusted our work. [Many people in the UK gave very generously – Ed].

As Bhavana Dee DeCew said in her interview about the Tsunami, after a wave of destruction came a wave of compassion. 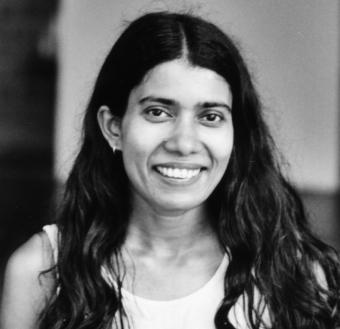 One of the most lasting actions was the Tsunamika project. Once the photo-ops of politicians and VIPs passed out of the news, the real work of getting help into the hands of those who needed it most started. Using waste fabric from her clothing factory, Upsasana, founder Uma set up trainings for women to sew small dolls. By seeding the community with new sewing skills and paid piecework, they could do on their own time, the fishing families could start to replace their boats and nets and have another source of cash coming in.

Based on a gift economy, the Tsunamika became not only a relief project, but a way to show something positive can come out of even the most tragic circumstances. When earthquakes hit Japan, the little dolls were sent there as a message of support and solidarity. Please let us know if you would like to receive one.
Julian Lines
AVIUSA